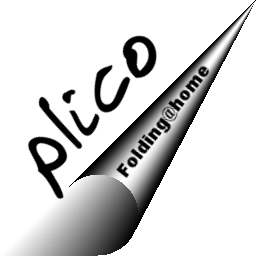 Team details as follows:
Team Name: plico ( Latin: to fold )
Team Number: 39250
Why did I not join an already existing team?
Unlike some people who want to join one of the best teams and start at the top I prefer to start at the bottom and work at it. However, it would be nice to get other members. So, if you would like to join team plico then download the software and just follow the instructions. Its very simple.
I have also thrown together a Home page for the team